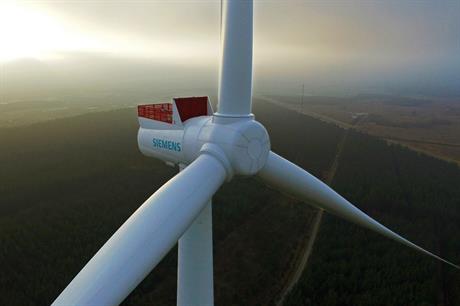 Irish utility ESB has bought a 50% stake in the 54-turbine project 15km off Scotland’s east coast. ESB opened a Scottish office in 2017 to pursue development of renewable energy projects.

The move to acquire a stake in Neart Na Gaoithe will give it an insight into the intricacies of building an offshore wind project.

Elsewhere, EDF has confirmed Siemens Gamesa Renewable Energy (SGRE) will supply its 8MW direct drive turbines to the site, having originally been lined up to supply its 7MW model as far back as May 2015.

Offshore construction will start in mid-2020 with completion expected in 2023.

Neart Na Gaoithe has had a protracted development history. It was first picked up by Irish developer Mainstream Renewable Power in February 2009 following a competitive bidding process with the Crown Estate.

However, it was then mired in a number of permitting challenges notably by bird charities, which objected to the site as it threatened seabird species in the area.

The delay caused a court dispute over the CfD payments and was resolved by a tribunal in March 2017 with the contract still in place.

In May 2018, EDF acquired the project from Mainstream, as the Irish firm focussed its attention to emerging markets of South America, Africa and Southeast Asia.

EDF Renewables has also confirmed Saipem as the foundations supplier and installer, Prysmian as export cable supplier, Fred Olsen Windcarrier as the turbine installer, and Deme Offshore the EPC contractor for inter-array cables.

According to EDF, GE Renewable Energy’s Grid Solutions business has been awarded the deal to supply two electrical substations and carry out the electrical design work.

In early iterations of the project, Mainstream had lined up Siemens to provide its innovative Offshore Transmission Module (OTM).

The OTM removed the need for a single, major topside substation, which is typically heavy and expensive.

Instead smaller modules could be installed, either on “balconies” on a turbine’s transmission piece, or on a single turbine foundation, but without the turbine in a bid to reduce costs.

As the project is under new owners, and following the drawn-out development process, the project design is likely to have changed.